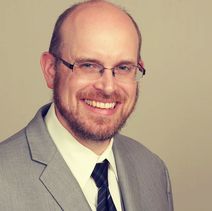 MR. CHRIS DASOVICK - DIRECTOR OF BANDS
Chris Dasovick is a graduate of the University of Mary with degrees in Music Education, Music Performance, and Social & Behavioral Sciences.  He received his Master's in Wind Band Conducting from the American Band College at Southern Oregon University.  This is his seventeenth year at Century High School where he conducts the Wind Ensemble, Jazz Ensemble #1, Freshmen Band, Marching Band, Pep Band, and Color Guard & "Spirit of '76." Alongside his teaching duties, Mr. Dasovick is the site manager for the North Dakota All-State Music Festival and directs the pit orchestras for musicals produced by Bismarck Public Schools and Sleepy Hollow Summer Theatre.  He has a strong interest in saxophone solo and ensemble literature and operated a successful saxophone studio for many years.

Mr. Dasovick is a member of the National Association for Music Education, the National Band Association, the National Education Association, and Phi Beta Mu.  He was the recipient of the 2017 NDNBA “Citation of Excellence,” 2014 NDNBA “Jazz Educator of the Year Award,” and the 2010 NDNBA “Allegro Band Award.”  Mr. Dasovick has been twice selected by School Band and Orchestra Magazine as North Dakota's representative for their “50 Directors Who Make a Difference” issue, first in 2013 and again in 2018.  He was nominated to Who's Who Among America's Teachers in 2006 and 2007.   In 2016, Mr. Dasovick was inducted into the St. Mary's Central High School Hall of Fame under the Fine Arts category as a member of the 1996 award winning Jazz Ensemble #1. Ensembles under his direction have performed at the North American Saxophone Alliance Region 3 Convention (2010, 2014) and the North Dakota Music Educators Association Convention (2013, 2016, 2019). 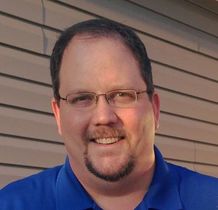 ​MR. ERIK STORDALEN - ASSOCIATE DIRECTOR OF BANDS
Erik Stordalen received his Bachelor of Science in Music Education from North Dakota State University.  He taught in Manvel and Grand Forks where he was a member of the Summer Performing Arts Faculty.  Mr. Stordalen is the Associate Director of Bands at Century High School conducting the Prep Band, Concert Band, and Jazz Ensemble #2 as well as assisting with the Wind Ensemble and Freshmen Band as a brass specialist.  Last spring he co-directed Alice in Wonderland, Jr. with his wife at Horizon Middle School.  Mr. Stordalen resides in Bismarck with his wife Connie, son Konnor, daughters Samantha and MeKayla and dog Crumb.